Working People and the Nation’s History 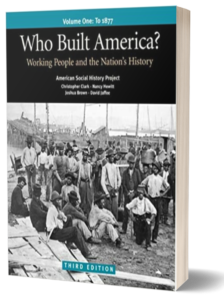 This major revision of Who Built America?, the widely acclaimed history by the American Social History Project, surveys the nation’s past from the perspective of working men and women, examining the roles they have played in the making of modern America. Growing out of the effort to reinterpret American history from “the bottom up,” Who Built America? not only documents the country’s presidents, politics, and wars along with the life and values of the nation’s elite but also focuses on the fundamental social and economic conflicts in our history, integrating the history of community, family, gender roles, race, and ethnicity into the more familiar history of politics and economic development. This new textbook edition from Worth Publishers incorporates a stronger chronological focus, the latest scholarship, and increased coverage, while retaining the critical edge that makes Who Built America? unique.